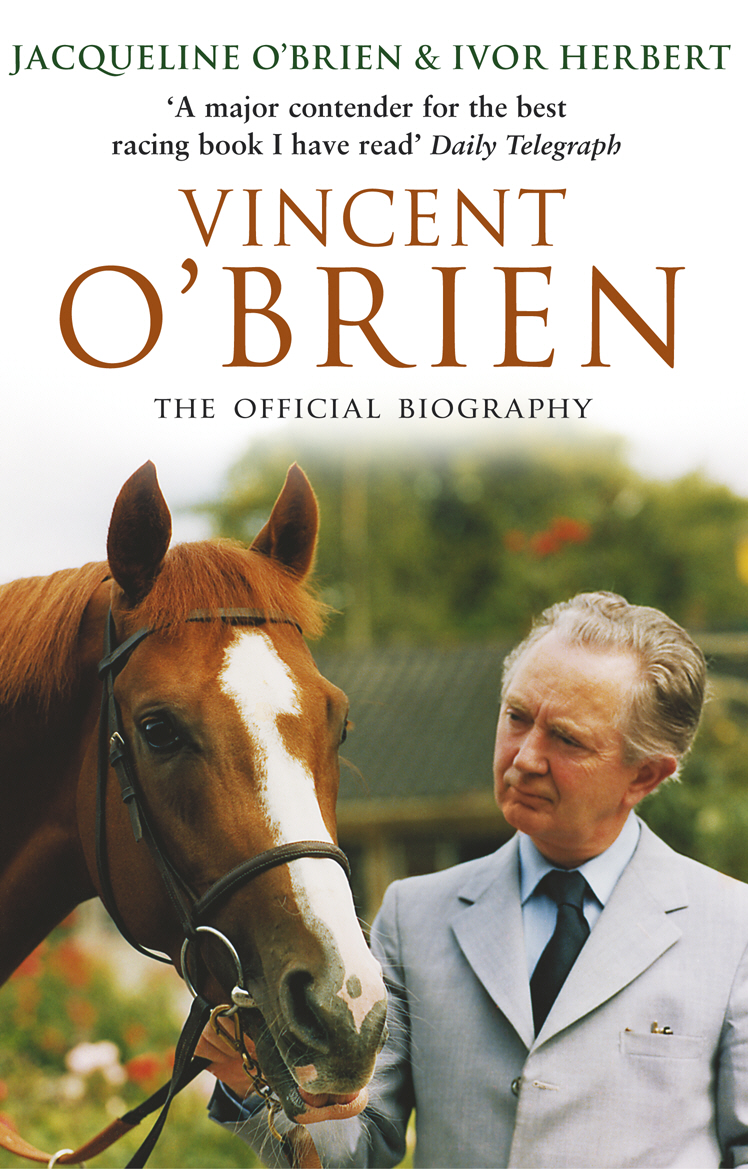 Vincent O`Brien is a horse-racing legend. Recently voted horse racing`s `greatest of all time`, ahead of familiar names like Lester Piggott, the Queen Mother and Sheikh Mohammed, O`Brien won every race that matters in Britain and Ireland over his fifty-year career and is without doubt the best and most versatile racehorse trainer the sport has ever known. O`Brien is the only man to have trained three consecutive Grand National winners. He won three consecutive Gold Cups and three consecutive Champion Hurdles. He has had extraordinary success in flat racing too - six Derby winners, three winners of the Prix de l`Arc de Triomphe, three King George VI and Queen Elizabeth Stakes winners and twenty-five races at Royal Ascot. He trained some of the best-known racehorses in the history of the sport - including Nijinsky, winner of the Triple Crown in 1970. His life has been a fascinating one. From humble beginnings in County Cork, he chose to train racehorses as his career - much to the benefit of the sport - and went on to create the legendary Ballydoyle Stables. Here his extraordinary story is told by his wife, Jacqueline, and distinguished racing writer Ivor Herbert. Lavishly illustrated with her personal and public photographs that span his amazing life, this book is a must for anyone with an interest in horses or racing.