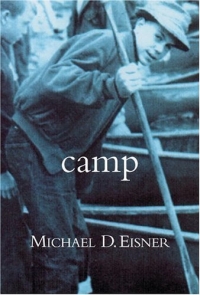 Book DescriptionMedia visionary and business titan Michael D. Eisner presents a candid look back at one of the most formative experiences of his life-the time he spent at summer camp. For the millions who enjoyed childhood summers spent away from home atcamp, those moments are recalled with everything from dismay to nostalgic bliss.For Disney CEO Michael D. Eisner, the months he spent at Keewaydin summer camp, nestled in the mountains of Vermont, served as a cherished and invaluable starting point for an adult life that would include a career and family life filled with unparalleled success. From the first time his father took Michael to Keewaydin at the age of seven, he realized it would become an important part of his life. Over the years, as a camperand a counselor, Michael absorbed the life lessons that come from sitting in the stern of a canoe or meeting around a campfire at night. With anecdotes from his summers at Keewaydin and stories from his life in the upper echelons of American business that illustrate the camp`s continued influence, Eisner creates a touching and insightful portrait of his own coming-of-age, as well as a resounding declaration of summer camp as an invaluable national institution.